It takes a whole village to raise a champ.

Darren Darby's corner is just as essential to his title-shot hopes as his fists; and both are growing day by day.

By Steve Ewen, The Province 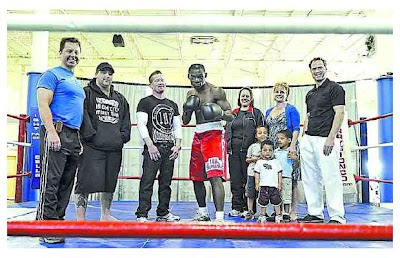 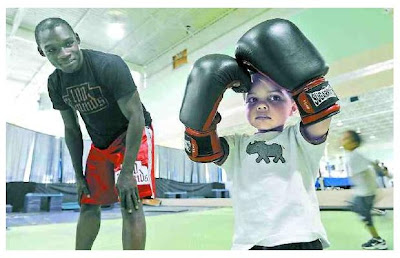 Boxer Darren Darby checks out the technique of his youngest son, Ethan, during training for Friday's Rumble at the Rock. Darby is on the undercard.
Photograph by: Gerry Kahrmann, The Province.