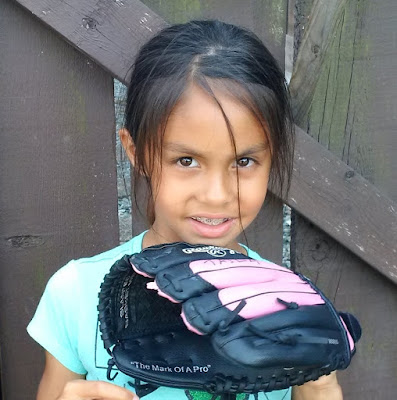 Taila Cranston struck out the side in order last weekend as the Richmond Panthers capped a 17-7 win over North Delta to remain undefeated.

The young pitching ace sat down all three batters she faced in the under-12 girls’ softball game, earning Richmond its second consecutive victory of the season.
Advertisement

Coached by Taila’s dad Jody, with assistance from Gary Louis, the Panthers are enjoying their first time playing together. This follows two months of indoor and outdoor training.

Playing an aggressive style of base running, the Panthers are elated with their early success. And Cranston is impressed by how quickly they are learning.

“These girls learn fast and they love running the bases. Aggressive and fast is a really great combination." says Cranston.

Aleeza Berger started the game on the mound for the Panthers during their victory at North Delta. She formed a strong battery with catcher Kamiya Hayre.

The Panthers are looking forward to participating in a tournament April 27 to 29 at Steveston/London Park. The season runs until mid-July.